Methods: We conducted a retrospective cohort study among patients who were transferred to community hospitals within 14-day post-discharge from acute hospital between 2016 and 2018. Modified Barthel Index (MBI) on a 100-point ordinal scale was used to assess functional status on admission to and discharge from the community hospital. We categorised MBI into 6 bands: 0–24, 25–49, 50–74, 75–90, 91–99 and 100. Multivariable logistic regression models were constructed to determine factors associated with categorical improvement in functional status, defined as an increase in at least one MBI band between admission and discharge.

Results: A total of 5,641 patients (median age 77 years, interquartile range 69–84; 44.2% men) were included for analysis. After adjusting for potential confounders, factors associated with functional improvement were younger age, a higher MBI on admission, and musculoskeletal diagnosis for the acute hospital admission episode. In contrast, a history of dementia or stroke; lower estimated glomerular filtration rate; abnormal serum albumin or anaemia measured during the acute hospital episode; and diagnoses of stroke, cardiac disease, malignancy, falls or pneumonia; and other chronic respiratory diseases were associated with lower odds of functional improvement.

Conclusion: Clinicians may want to take into account the presence of these high-risk factors in their patients when planning rehabilitation programmes, in order to maximise the likelihood of functional improvement.

Early inpatient rehabilitation therapy has been known to have beneficial impact on physical function and mobility, psychological status and cognitive function of patients following an acute medical event requiring hospitalisation.1 Following an acute hospital care, those who have been identified to have potential for functional improvements are often transferred to a community hospital or rehabilitation unit for physical therapy and rehabilitation. Patients typically go through a series of multidisciplinary therapeutic interventions. These interventions aim to restore their functional capability, activities of daily living (ADL) and cognitive function,2,3 with the overall objective of improving quality of life and reducing complications arising from their disability. Appropriate level of medical stability, significant level of functional disability and capability to learn in patients are important criteria for the development of a rehabilitation plan.4

Literature on the benefits of inpatient rehabilitation in relation to functional status after an acute event has typically looked at outcomes in persons with a certain disease condition such as stroke or spinal injuries.4,6-8 However, many patients receiving care in community hospitals have multiple comorbidities or are extremely frail. In some cases, their decline in functional impairment may possibly be due to deconditioning rather than a direct consequence of the event that caused their admission. Furthermore, this topic has not been well-explored in Asian countries. We were thus motivated to evaluate rehabilitation outcomes in a group of patients who were discharged from an acute hospital for inpatient rehabilitation therapy in community hospitals. This article describes the factors from acute hospital admission that are associated with functional improvement at the point of discharge from community hospital.

(1) patients discharged from TTSH between January 2016 and December 2018; and

(2) patients transferred subsequently to either community hospital A or B within 14 days of discharge from TTSH.

The Modified Barthel Index (MBI),9,10 a 100-point ordinal scale for the assessment of a patient’s functional state, was determined within 48 hours of admission and at discharge. MBI assesses 5 subcategories for each of the 10 ADL comprising personal hygiene, feeding, bathing, toileting, stair climbing, dressing, bladder control, bowel control, ambulation and transfers. In the absence of established MBI cut-off scores, we selected the MBI bands used by the Ministry of Health Singapore.11 Patients were categorised into 6 bands: total dependency (score of 0–24), severe dependency (25–49), moderate dependency (50–74), mild dependency (75–90), minimal dependency (91–99) and independent (100).11 Taking the first recorded MBI score at admission and the last MBI score on discharge, improvement in MBI was defined as an increase in a minimum of 1 MBI band on discharge from the community hospital. We excluded 14 patients who had an MBI of 100 on admission to the community hospital.

Characteristics of patients were described with frequencies and percentages, or median values and interquartile ranges (IQRs) as appropriate. The differences in characteristics were compared using chi-square test or Mann-Whitney U test. Multivariable logistic regression analysis was performed to assess the determinants associated with functional outcome improvement. Explanatory variables that were significantly different between the groups that improved MBI bands and that did not, and variables that were judged as clinically important by clinicians (age, sex, race, MBI on admission, frailty and comorbidities) were selected to be included in the multivariable models. We assessed variables for correlation, and excluded highly correlated variables (RBC count and blood urea were excluded due to correlation with haemoglobin and eGFR, respectively). Four nested multivariable regression models were developed, with improvement in MBI band as an outcome variable and the following variables as predictors: demographics, MBI score on admission and principal discharge condition in model 1, addition of the Hospital Frailty Risk Score category and pre-existing comorbidities in model 2, addition of overall psychotropic medication use and number of medication prescribed on discharge in model 3, and final addition of laboratory test results in model 4. As supplementary analysis, we further performed a logistic regression stratified by principal discharge condition (including injuries/fractures, stroke, musculoskeletal disorders, AE-COPD/pneumonia/LRTIs, other infections and others considering the number of participants in each category) using explanatory variables from model 4. All reported P values were two-tailed, with an α level of 0.05. All statistical analyses were conducted using R version 4.0.2 (RStudio Team, Vienna, Austria).

The study was approved with waiver of informed consent by Domain Specific Review Board of the National Healthcare Group, Singapore (reference ID: 2021/00404). 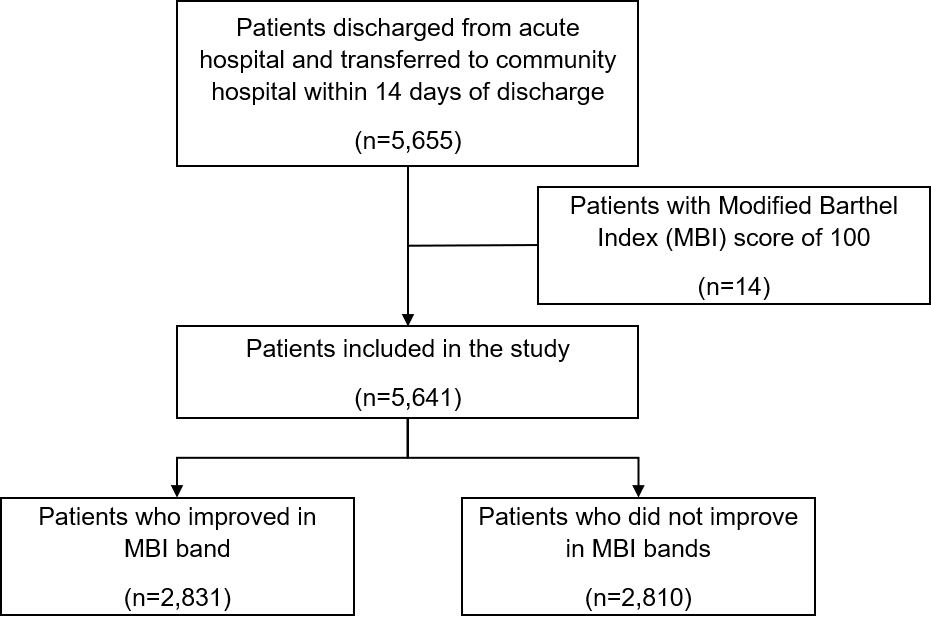 Table 1. Characteristics of patients and risk factors of improvement in MBI band

In this 3-year retrospective cohort study, we found that half (50.2%) of all patients discharged to a community hospital showed an improvement in MBI band after rehabilitation. Age determined functional improvement significantly in our study. This is consistent with a German study that reported a decrease in relative improvement on MBI scale with increasing age among stroke patients.21 A similar association was found in a study that assessed the functional capacity using the Functional Independence Measure (FIM).22

We found that patients with musculoskeletal conditions had double the odds of improvement during their stay at the community hospital compared to patients admitted to the acute hospital for injuries. This is consistent with a study by Cook et al.23 The study  suggested that long-stay home care patients suffering from musculoskeletal disorders who received physiotherapy and occupational therapy had significantly increased odds of functional improvement.23 Patients discharged with malignancy, falls, pneumonia and stroke had lower likelihood of improvement. This is consistent with a study conducted in 4 community hospitals in Singapore where the median rehabilitation effectiveness was lower in stroke, pneumonia, cancer and falls patients than in patients admitted for fractures.24 Nonetheless, many studies have showed that physical and psychosocial rehabilitation can improve symptom control, minimise disability, reduce recurrence of events, facilitate recovery and psychological well-being, and improve quality of life among patients in those groups.25-28

The presence of comorbidities has an effect on the potential for functional improvement. Patients with a CCI score of >3 had a statistically significant lower odds of functional improvement by 16% compared to those with scores of ≤3 (results not shown), after adjustment. We observed that having dementia reduced the overall odds of improvement by nearly 50%. An Italian study conducted among elderly patients who were admitted to a rehabilitation unit after acute care hospitalisation reported that dementia was a significant determinant of mobility impairment (OR 3.45, 95% CI 2.39–4.37).29 Similarly, a higher improvement in cognitive and motor subscales of FIM at discharge in post-hip fractured individuals aged ≥65 years without dementia compared to those with dementia was highlighted in a study performed in Australian public hospitals.30 One possible reason for the lower rehabilitation effectiveness in dementia patients is a comparatively poorer adherence to the rehabilitation plan, or inability to perform rehabilitation exercises properly.31 It is important that motor ability and cognitive function are taken into consideration when designing rehabilitation plans. Our study, likewise, found that patients with a pre-existing history of stroke were less likely to improve—a finding consistent with previous studies.32 Furthermore, patients with severe stroke have been reported to show slower functional recovery compared to those with moderately severe stroke.33,34

Psychotropic medication use during acute hospital stay was associated with lower odds of improvement in our study. This is similar to findings in a study among elderly hip fracture patients, which revealed that lower total and motor FIM gains were observed in psychotropic drug users.35

Our finding of a significant dose-response relationship between eGFR and functional improvement agreed with observations made in a UK study, which described the correlation between eGFR at admission and improvement in Barthel Index score during rehabilitation.36 Serum albumin collected at admission37,38 or after rehabilitation39 among elderly stroke patients was previously reported as a predictor of functional outcome assessed by the Barthel Index. Consistent with these findings, our results suggested a dose-response relationship between low serum albumin and the likelihood of functional improvement. We further observed that anaemia was a significant predictor of functional outcome. Chan and Ganasekaran suggested that anaemia could reduce rehabilitation efficacy and affect functional outcomes.40 Furthermore, anaemic patients were found to encounter more complications compared to non-anaemic stroke patients who required a longer period of stay in the rehabilitation unit.40,41

Similar to our findings among patients with principal diagnosis of injury/fracture, a Singapore study on rehabilitation effectiveness and rehabilitation efficiency in stroke patients showed that Malay ethnicity was an independent predictor of poorer rehabilitation outcomes.42 It is not clear why this should be so, but it may reflect residual confounding of biological factors that are associated with poorer improvement.

This study highlights that patient factors such as the presence of dementia; presence of markers of frailty such as anaemia and hypoalbuminaemia, and pre-existing conditions should be considered by physiotherapists and rehabilitation physicians when designing rehabilitation programmes. In addition, the reason for admission to the acute hospital is also important, and should be taken into account when developing personalised rehabilitation plan. It is possible that patients with multiple factors associated with lower odds of improvement will benefit from customised therapy that optimises the intensity or length of physiotherapy. Intervention studies are needed to establish this.

The strength of our study lies in the use of pragmatic evidence from a real-world setting in which patients with varying types of underlying conditions requiring community hospital stay and physical rehabilitation are included. MBI was assessed by trained healthcare professionals from community hospitals, thus minimising potential measurement error and outcome misclassification. Limitations include the use of MBI cut-offs that are not standardised. As our study population only comprises patients who received hospital-based rehabilitation, our findings may not be generalisable to individuals receiving home- or community-based rehabilitation programmes. We were unable to obtain potentially important social determinants of functional improvement, such as the availability of family and social support or being socially isolated. Indeed, social factors have been reported to be associated with functional decline among community-dwelling elderly.43 The functional status data of patients prior to acute hospital admission was also not available. Therefore, we cannot assess the extent of functional improvement to premorbid status as a consequence of rehabilitation in the community hospital.

In summary, we demonstrated that certain patient medical factors in relation to medical history and laboratory parameters, as well as the principal reason for admission to acute hospital were associated with functional improvement during the community hospital stay for extended care. Therapists may consider the presence of these high-risk factors in their patients when planning rehabilitation programmes, in order to maximise the likelihood of functional improvement and prevent complications arising from their disability.

The Role of Occupational Therapy in Rheumatoid Arthritis Management

The Role of Occupational Therapy in Rheumatoid Arthritis Management